Before & After of master suite with original ceramic tile flooring, 104" vanity and wallpaper from ceiling to floor. Here is the finished product.  This is how we both achieved this look and reduced overall costs by (believe it or not) adding shiplap. 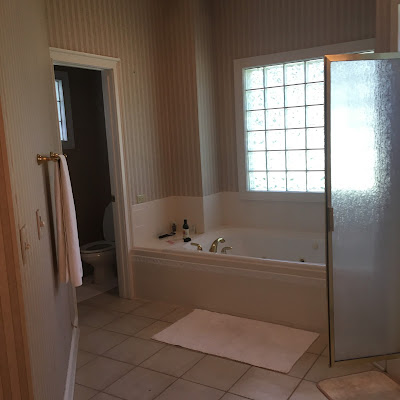 This is a large master bath - 20' long with 10' ceilings and all that wallpaper.  Pulling out that huge jacuzzi tub, taking down the wallpaper and pulling up the ceramic tile is costly.  Tub and wallpaper removal will require a lot of drywall repair.  The cost of an upscale, stand-alone tub is very easily over $1000.00.... 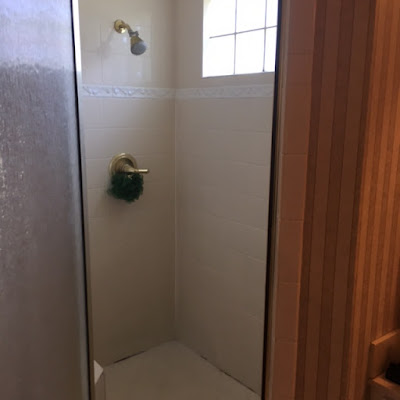 This corner shower was done in a lot of older homes and it's a tough design challenge.  Attempting to reconfigure this is almost impossible given it's original location - the corner. 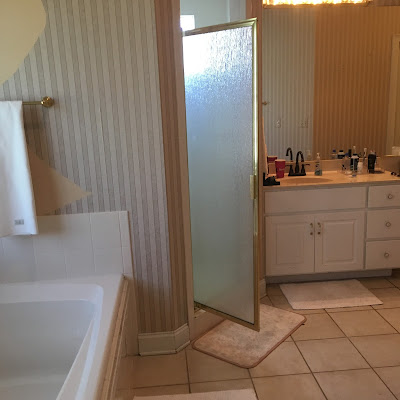 To make matters worse, often, as in this case, the shower door is wrapped in chrome. 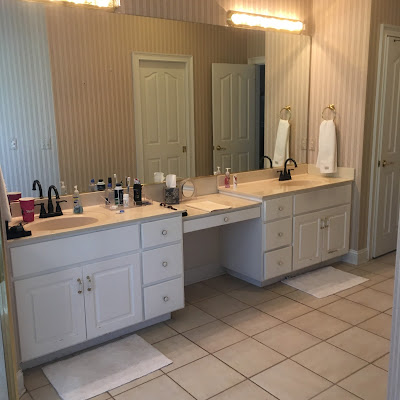 Original ceramic flooring was run to the bottom of the vanity (as opposed to underneath it) so unless you can replace the vanity entirely the flooring much be replaced.

There are a lot of considerations when advising on design. 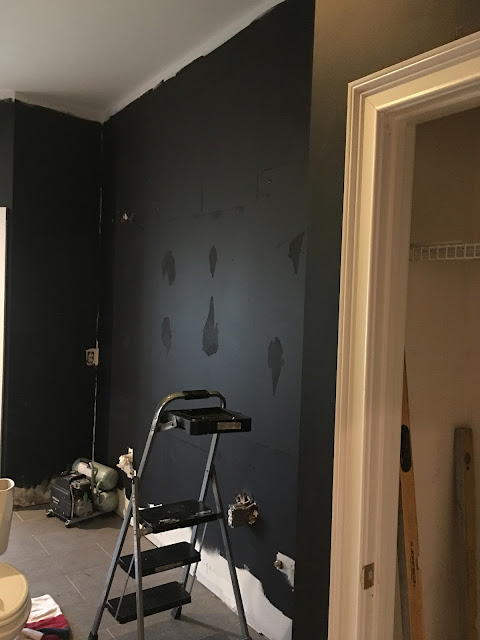 I decided to ship lap the entire bathroom.  I don't use tongue and groove which fits together. I use pre-primed pine board and leave a small gap between the boards.  I paint the wall behind it black over the wallpaper to create a shadow between the boards... 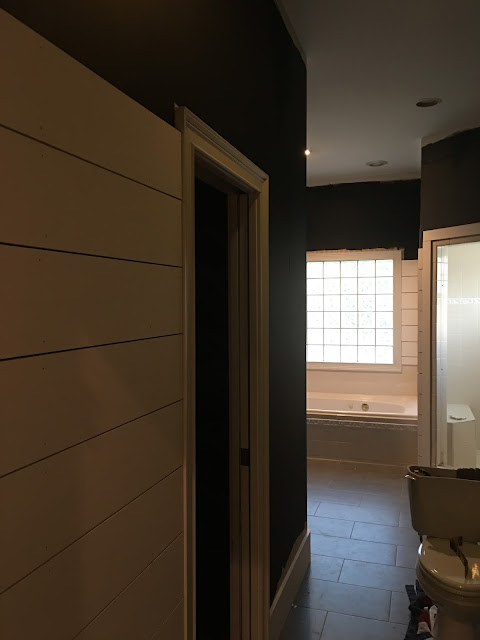 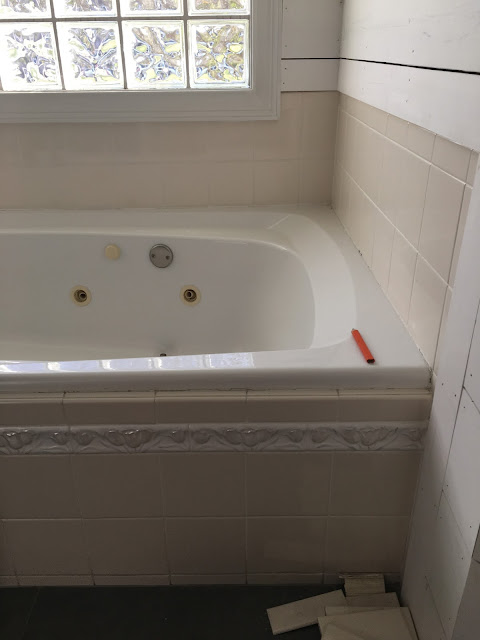 Once the shiplap was installed over the wallpaper it allowed us to actually tile over the original tile due to the additional wide the shiplap added.  Any additional costs associated with using shiplap instead of removing wallpaper, a tedious process at best fraught with the cost and time of drywall repair after removal, and then paint was outweighed by not having to pay for the ripping out of the original wall tile - half the cost of adding new tile. 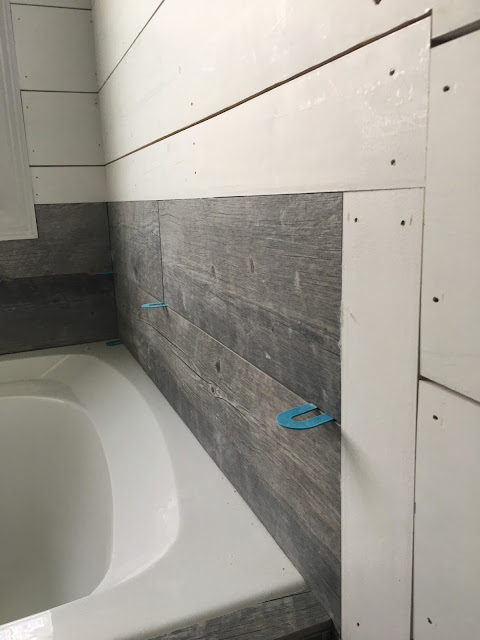 A good tile setter will know how to set the new tile over the old tile so it sits flush with the shiplap. 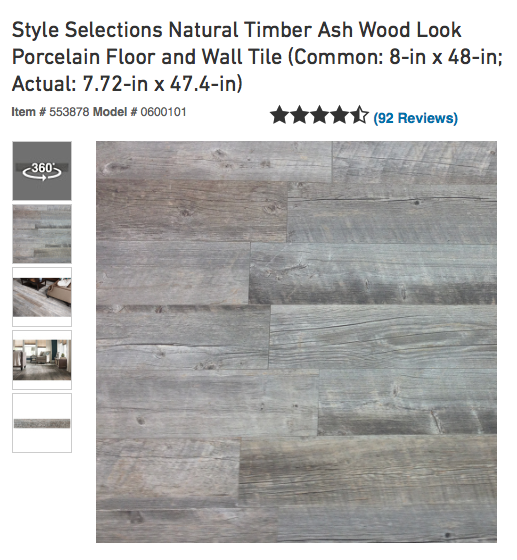 I used this flooring throughout my own home and would use it again.  We added this to the walls above the tub, and wrapped both the tub and the shower with it. 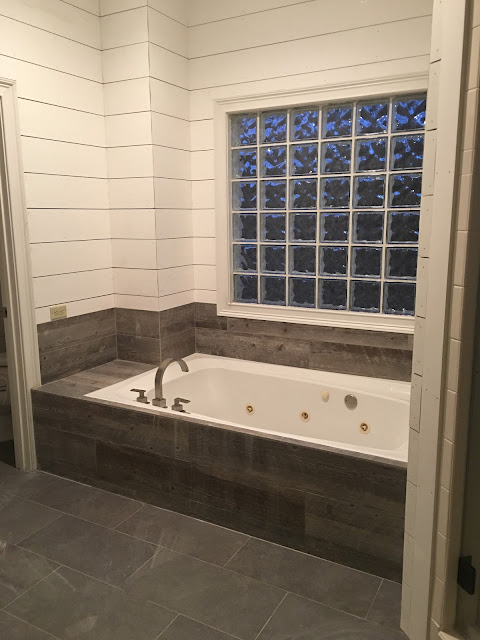 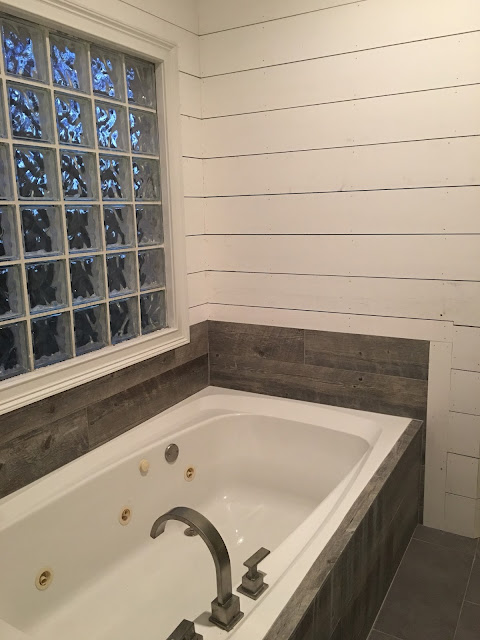 New 'waterfall' Delta hardware  - with clean, modern lines - were added to the tub, shower and vanities. 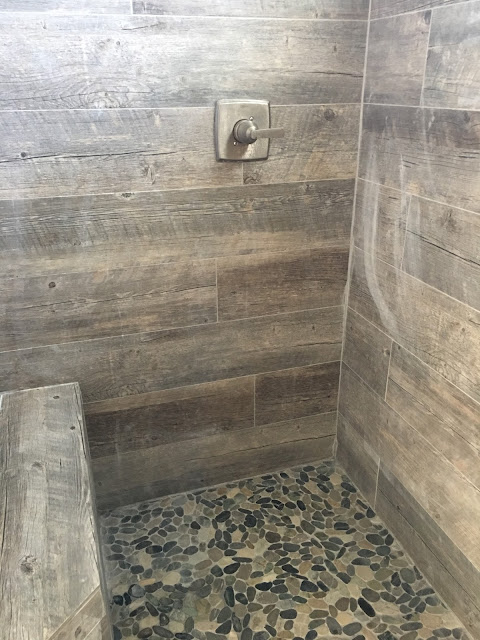 Flat, honed pebble flooring (easier to stand on over the rounded river rock stones) tied in beautifully with the 'wood' tile laid horizontally. 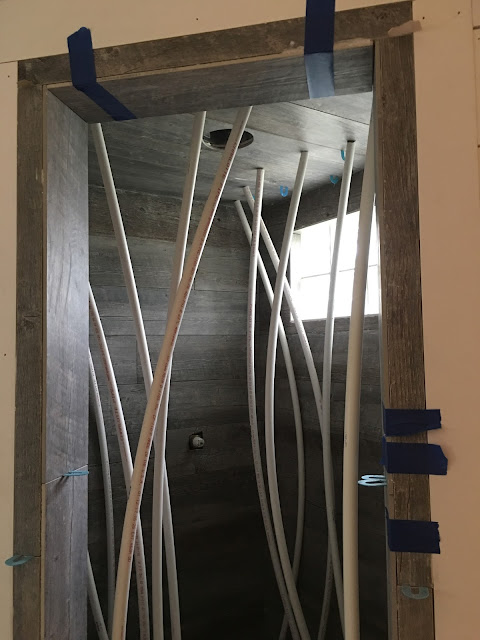 This is how the tile setter 'set' the ceiling tile! 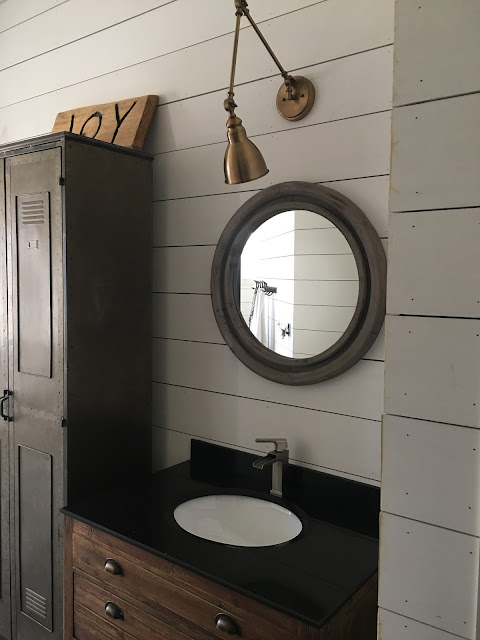 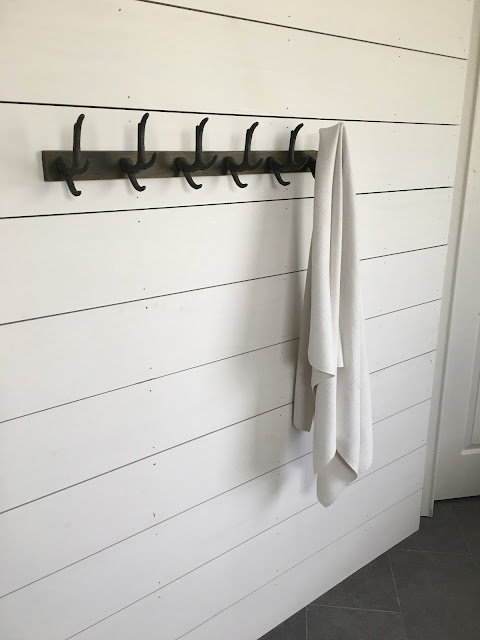 I often use coast racks instead of traditional towel racks. 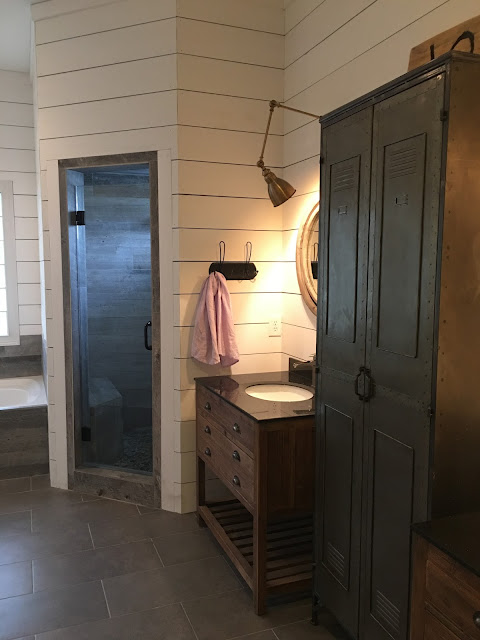 Restoration Hardware-like vanities & a metal locker for storage between vanities were chosen for their 'rustica' effect. 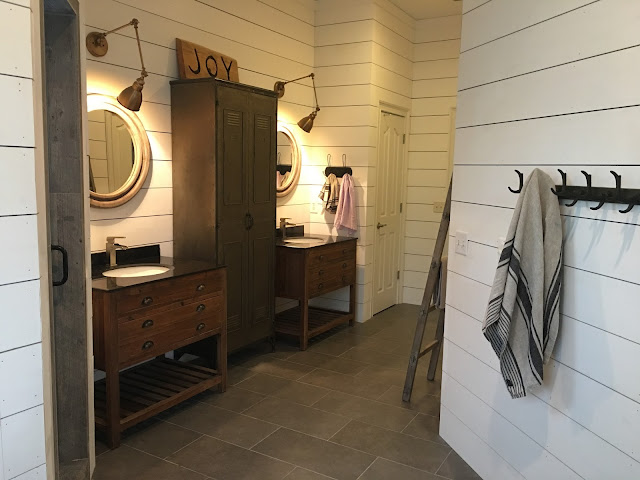 Posted by BellaRustica at 6:46 PM